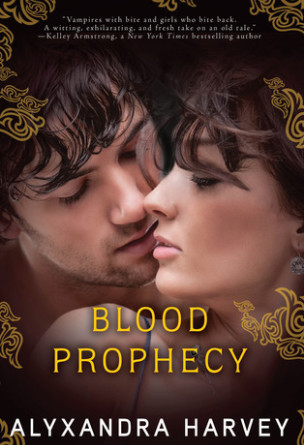 In the thrilling conclusion of the Drake Chronicles, love and loyalties will be tested ... and proven once and for all.
Solange Drake has been officially crowned Queen of the Vampires, fulfilling the centuries old prophecy that foretold the rise to power of a daughter born to an ancient vampire line. Except Solange's thoughts and actions are no longer her own—she's been slowly being possessed by the spirit of Viola, the first daughter born into the Drake line, since her bloodchange. And instead of uniting the vampire tribes under the rule of an ancient daughter as the prophecy predicted, Viola would rather destroy them all and enslave humans in a personal vendetta for the devastation both wrought to her life centuries ago. Can Solange break her hold in time to save everyone she loves from a vampire civil war, hunter attack, and each other? Not everyone will survive the prophecy . . . perhaps not even her.