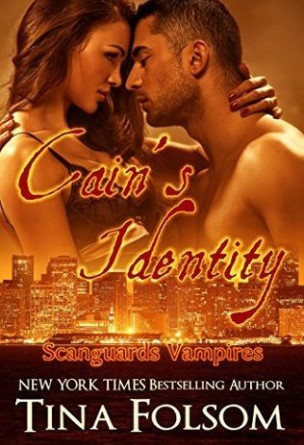 Scanguards bodyguard Cain struggles with amnesia, however, the curtain to his past finally begins to lift when a mysterious stranger appears, revealing that Cain was the victim of an assassination attempt. It turns out that not only is Cain a powerful vampire king, he's also engaged to Faye Duvall, the female vampire who's been haunting his dreams.

When Faye thinks Cain is dead, she's devastated and can only keep going because she knows her clan needs her. Out of loyalty and love for her fellow vampires, she agrees to marry Abel, Cain's brother, and is shocked when Cain returns to reclaim his throne.

Cain is determined to recapture the love he once shared with Faye. But the assassin won't give up and his ruthlessness knows no limits. Backed up by his loyal friends from Scanguards, Cain suddenly finds himself in a fight to the death and confronted with a choice: to either save his kingdom or his queen.