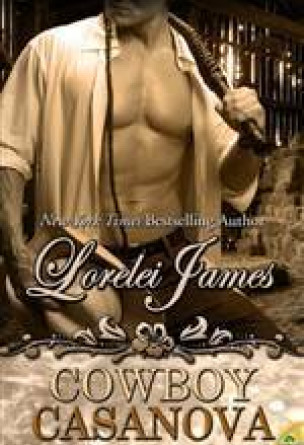 In Sundance, Wyoming, you can't throw a boot without hitting a McKay cowboy, so Ben McKay is used to fading into the background. Except on weekends, when he's Bennett, imposing Dom at The Rawhide Club, surrounded by a bevy of female subs eager for the attention of his long whip.

As for the curvy brunette eying him from across the room? He'll eat his Stetson if she's the experienced Domme she claims to be. Bennett offers her a deal he'll let her call the shots for one night. But the next night he gets to prove to her how freeing it'll be when he takes the reins.

Ainsley Hamilton is amazed by how well Bennett read her every secret yearning during that one explosive weekend and she's stunned when they come face to face in their everyday lives as rancher and new bank president. Now Ben's urging her to explore her submissive side outside the club, and there's something in his commanding gaze that makes it too easy to let him take control of her desires and her pleasure.

Can Ben help Ainsley overcome her fear that a relationship built on dark sexual appetites won't survive the light of day?

Warning: This book contains a lot of kinky sex. No, seriously, there's A LOT of kinky cowboy sex in this Rough Riders installment. You've been warned.