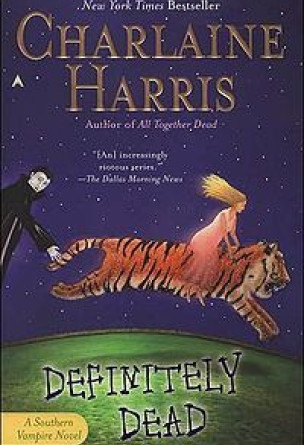 As a person with so few living relatives, Louisiana cocktail waitress Sookie Stackhouse really hated to lose one. But she never guessed that it would be her cousin Hadley—a consort of the Vampire Queen of New Orleans. After all, technically speaking, Hadley was already dead. And now, as unexpected heir to Hadley’s estate, Sookie discovers the inheritance definitely comes with a risk. Someone doesn’t want Sookie looking too deeply into Hadley’s past—or for that matter, Hadley’s possessions. And they’re prepared to do anything in their power to stop her. But who? The range of suspects runs from the Rogue Weres who reject Sookie as a friend of the Pack to the Vampire Queen herself, who could be working through a particularly vulnerable subject—Sookie’s first love, Bill.

Whoever it is, they’re definitely dangerous—and Sookie’s life is definitely on the line…

With HBO's launching of an all-new show, True Blood, based on the Southern Vampire novels, the demand for Charlaine Harris and Sookie Stackhouse is bigger than ever.