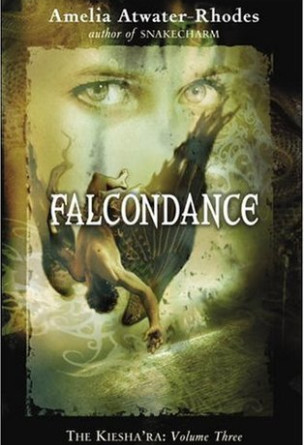 Nicias has never felt completely at home among the avians and serpiente in Wyvern's Court, despite his loyalty to Oliza Shardae Cobriana, the heir to both thrones. He is a falcon, the son of two exiles from Anhmik and images of this distant island have always haunted his dreams. But when Nicias's visions become more like reality, his parents have no choice but to send him back to the homeland and a royal falcon they've tried their best to forget.
If Araceli won't bind Nicias's newfound magic, it could destroy him. In a place where everyone is a pawn, only one other woman has the potential to save Nicias. But she holds the keys to a dangerous power struggle that will force Nicias to choose between his duty and his destiny.

You're reading Falcondance (The Kiesha'ra #3) free book online on NovelsToday.com !