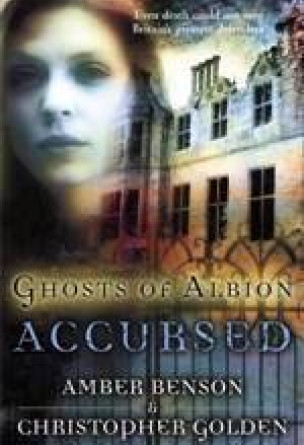 Even death could not stop Britain’s greatest defenders.

In 1838, William and Tamara Swift inherit a startling legacy from their dying grandfather, transforming them into the Protectors of Albion, mystical defenders of the soul of England. But the shocked, neophyte sorcerers also inherit unique allies in their battle against the dark forces. Fighting alongside them are the famous–even infamous–Ghosts of Albion: Lord Byron, Queen Bodicea, and Lord Admiral Nelson.

When strange and hideous creatures appear in the slums of London, an unholy plague threatens to launch an epic battle that may rage all the way to Buckingham Palace . . . and beyond. Time is running out as William and Tamara must learn whether their friends will stand beside them, or seduce and betray them.

From Amber Benson, known for her dramatic portrayal of Tara in Buffy the Vampire Slayer, and Christopher Golden, Bram Stoker Award—winning author of The Shadow Saga and Wildwood Road, comes a vengeful tale of demons, vampires, and ghosts set in nineteenth-century London. Based on the smash BBC Web series that took England by storm, Ghosts of Albion is a horror adventure laced with dark humor and darker lusts.

Witchery: A Ghosts of Albion Novel

Witchery: A Ghosts of Albion Novel