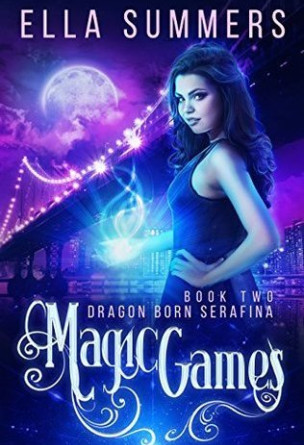 Dragon Born mage Sera Dering was sentenced to death before she was even born. Condemned as an abomination by the world’s supernatural council, she has escaped her fate for twenty-four years by pretending to be human.

When the council finds out Sera has been hiding her magic, they’re determined to find out why. They send her to New York City to compete in the Magic Games, a series of trials designed to break a mage’s mind and crack her secrets.

And the fighting pit is only one of her worries. An old enemy is stalking Sera from the shadows, preparing to make his next move. To survive the week, Sera has to trust dragon shifter Kai, the world’s most powerful mage—even knowing he has his own plans for her.