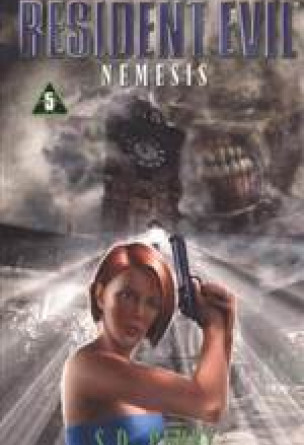 Zombies. Mutant animals. Bioengineered weapons and surgically enhanced monsters. Secret labs and widespread conspiracies. It seemed impossible, but Kill Valentine and her teammates among the S.T.A.R.S. had seen it all firsthand when the Umbrella Corporation turned Raccoon City into a staging ground for the most insidious genetic experiments ever conceived. After all she's been through, Valentine is ready to leave that remote mountain community forever.But Umbrella isn't finished with Raccoon City.

Too much evidence of their unethical and immoral research still exists. It must be recovered or destroyed -- and quickly -- before it can be traced back to Umbrella. And with William Birkin's mutagenic virus already spreading through the city like wildfire, drastic measures are needed. Under cover of night, mercenary teams have entered the city, along with something else -- Umbrella's failsafe: an evolved version of its Tyrant-class killing machines, a lethal creature code-named Nemesis. Now Nemesis is on the hunt. And Jill Valentine is about to become prey

City Of The Dead

City Of The Dead