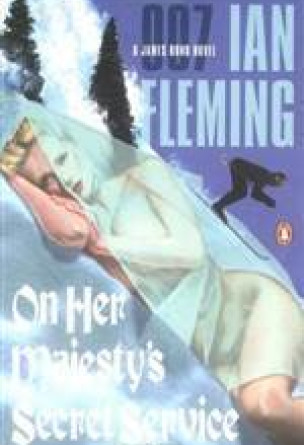 A Lancia Spyder with its hood down tore past him, cut in cheekily across his bonnet and pulled away, the sexy boom of its twin exhausts echoing back at him. It was a girl driving, a girl with a shocking pink scarf tied round her hair. And if there was one thing that set James Bond really moving, it was being passed at speed by a pretty girl.

When Bond rescues a beautiful, reckless girl from self-destruction, he finds himself with a lead on one of the most dangerous men in the world—Ernst Stavro Blofeld, the head of SPECTRE. In the snow-bound fastness of his Alpine base, Blofeld is conducting research that could threaten the safety of the world. To thwart the evil genius, Bond must get himself and the vital information he has gathered out of the base and keep away from SPECTRE's agents.

From Russia With Love

For Your Eyes Only

The Spy Who Loved Me

You Only Live Twice

The Man With the Golden Gun

The Man With the Golden Gun

You Only Live Twice

The Spy Who Loved Me

For Your Eyes Only

From Russia With Love