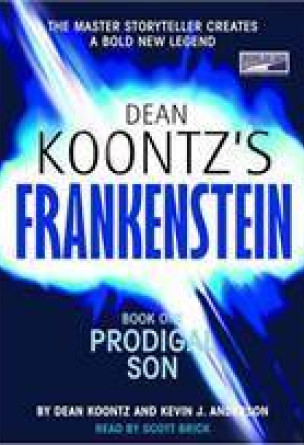 The Barnes Noble Review
Dean Koontz's Frankenstein -- the author's first literary series -- is a nightmare-inspiring, modern-day retelling of Mary Shelley's 1818 horror classic. Coauthored with Kevin J. Anderson, the first installment in this four-volume saga pits a reanimated giant and two tenacious police detectives against the demented scientist who created him.

It's no surprise that Deucalion, at almost seven feet tall and with half his face a mangled ruin, spent time as a European carnie sideshow attraction nicknamed the Monster. After enjoying several peaceful years at a monastery in Tibet, the introspective and enigmatic giant receives dire news: The man who created him centuries earlier, Victor Frankenstein, is inexplicably alive and living in New Orleans under the name of Victor Helios, a wealthy business owner and philanthropist. When Deucalion vows to leave his Tibetan sanctuary and destroy the man who created him, he soon realizes the critical magnitude of his mission -- Helios is in the process is secretly creating a new race of posthumans to take over the world!

As is par for the course in many fiction sagas, readers should be prepared for a cliff-hanger of monumental proportions at the conclusion of Prodigal Son. Koontz and Anderson, however, masterfully set the table for a virtual feast of hideous twists and turns, nightmarish monstrosities, and nonstop action in upcoming installments. Dean Koontz's Frankenstein, in which a man transforms himself into a monster and a monster learns what it's like to be human, is an absolutely brilliant rendition of the Shelley classic -- a horror tour de force. Paul Goat Allen

Your Heart Belongs to Me

The Darkest Evening of the Year

By the Light of the Moon

One Door Away from Heaven

From the Corner of His Eye

The Door to December