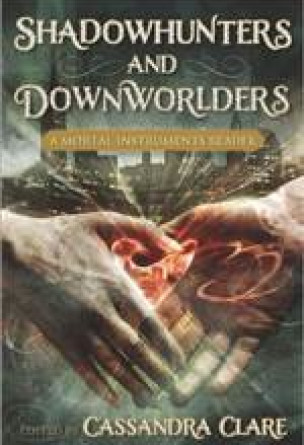 Cassandra Clare’s Mortal Instruments series, epic urban fantasy set in a richly imagined world of shadowhunters, vampires, werewolves, fairies, and more, has captured the imaginations and loyalty of hundreds of thousands of YA readers. Originally a trilogy (City of Bones, City of Ashes, City of Glass), the series has extended to six titles, plus a prequel trilogy, the Infernal Devices, and a planned sequel series, the Dark Artifices. A feature film is planned for 2013.

Shadowhunters and Downworlders, edited by Clare (who provides an introduction to the book and to each piece), is a collection of YA authors writing about the series and its world.

Queen of Air and Darkness

The Course of True Love [and First Dates]

The Last Stand of the New York Institute

The Fall of the Hotel Dumort

What to Buy the Shadowhunter Who Has Everything

The Rise of the Hotel Dumort

What Really Happened in Peru