Spiral of Need (The Mercury Pack #1) 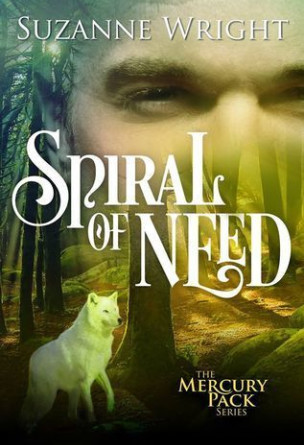 But a girl doesn’t exactly need special powers to know that Derren Hudson despises her entire kind. Disdain practically rolls off the Beta of the Mercury Pack . . . disdain mixed with a healthy dose of desire. And no matter how much the ruggedly handsome male appeals to her, this is one call of the wild she’s determined to ignore.

After one betrayal too many, Derren doesn’t have much use for Seers — except for Ally.

Forced into acting as her protector, he finds himself intensely and passionately drawn to the woman who incites his primal instinct to claim.

And when enemies target the pack, Ally’s gift may be just what the Mercury Pack needs.

Can he put his distrust aside, or will he force himself to turn his back on the one woman who makes his inner beast howl?

You're reading Spiral of Need (The Mercury Pack #1) free book online on NovelsToday.com !

Deep In Your Veins #5

Deep In Your Veins #3

The Bite That Binds

Deep In Your Veins #2

Deep In Your Veins #1