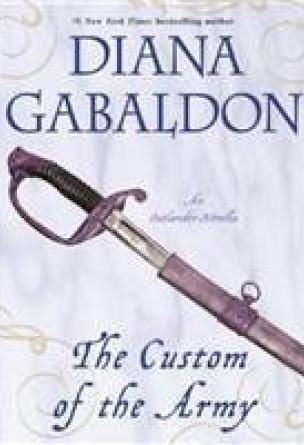 London, 1759. After a high society electric-eel party leads to a duel that ends badly, Lord John Grey feels the need to lie low for a while. Conveniently, before starting his new commission in His Majesty’s army, Lord John receives an urgent summons. An old friend from the military, Charlie Carruthers, is facing court-martial in Canada, and has called upon Lord John to serve as his character witness. Grey voyages to the New World—a land rife with savages (many of them on his own side) and cleft by war—where he soon finds that he must defend not only his friend’s life but his own.

Lord John and the Private Matter

Lord John And The Hand Of Devils

Lord John and the Brotherhood of the Blade

A Plague of Zombies

A Trail of Fire

Written in My Own Heart's Blood

A Leaf on the Wind of All Hallows

A Trail of Fire

A Plague of Zombies

An Echo in the Bone

Lord John and the Brotherhood of the Blade

Lord John And The Hand Of Devils

A Breath of Snow and Ashes

Lord John and the Private Matter