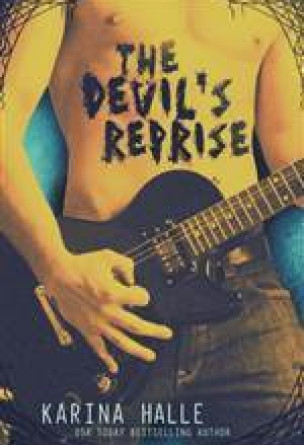 Given a second chance, music journalist Dawn Emerson and guitarist Sage Knightly are reunited, only to have their lives threatened again by a demonic bargain. The sequel to THE DEVIL’S METAL, from USA Today bestselling author Karina Halle.

When Dawn Emerson got the chance to go on tour with her favorite metal band, Hybrid, she thought she landed the writing gig of the century. But what started off as a dream for the budding music journalist quickly turned into a nightmare that she and guitarist Sage Knightly barely escaped alive.

Now, months after they went their separate ways, Sage invites Dawn to accompany him on his first solo tour across Europe and write about it for Creem Magazine. But like the last tour, nothing is as easy as it seems. Sage is a broken man on the path to self-destruction and Dawn isn’t sure if she’s the right person to save him. And aside from having to pick up the pieces of their burgeoning relationship, they have to negotiate the mysterious new photographer assigned to Dawn’s story, as well as vindictive promoters and demonic groupies they thought they’d never see again.

Because this time, it’s Dawn who made a deal with the devil and the only thing worse than having to uphold a bargain with the prince of darkness is not remembering how you’re supposed to pay it back.

It may be with their souls.

Donners of the Dead

And With Madness Comes the Light