The Dragon Heir (The Heir Chronicles #3) 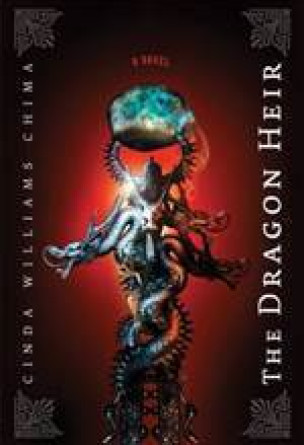 The covenant that was meant to keep the wizard wars at bay has been stolen, and the sanctuary of Trinity must prepare for attack. Seph monitors the Weirwalls, while Jack and Ellen train their army of ghosts to face an onslaught of wizards. Even Anaweir Will and Fitch are setting traps around the town's perimeter. To Jason Haley, it feels as though everyone but him has a role to play. Then he finds a powerful talisman - a huge opal called the Dragonheart - buried in a cave. When its power washes over him, he knows he's destined for a greater purpose than anyone ever imagined.

Madison Moss can hears the seductive call of the Dragonheart also, but she has other things on her mind. Maddie's been leaking dark magic ever since absorbing the blow that was meant to kill her boyfriend, Seph. If anyone finds out, she'll be banished from the sanctuary - and Seph - forever. Meanwhile, Trinity's enemies mean to win the war with the help of the Dragonheart, and they know that Madison Moss is the only one who can get it for them.

Moral compasses spin out of control as a final battle storms through a town that was meant to be a refuge. With so much to lose, what will Jason and Maddie be willing to fight for - and what will they sacrifice? It's everyone for himself in this thrilling conclusion to the Heir trilogy.