The Killing of Worlds (Succession #2) 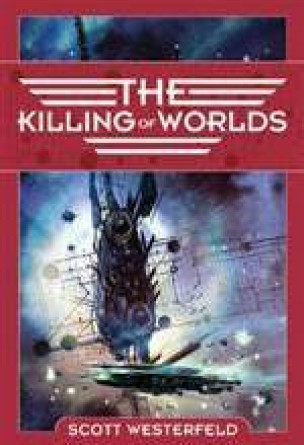 The immortal Emperor can grant a form of eternal life-after-death, creating an elite known as the Risen, and so has ruled the eighty worlds unchallenged for sixteen hundred years. The only thing he fears are the Rix, machine-augmented humans who worship AI compound minds. They are dedicated to replacing his prolonged rule with an eternal cybernetic dynasty of their own. Brilliant tactician Captain Laurent Zai of the Imperial Frigate Lynx faces a suicide mission: stopping the next thrust of the Rix invasion with just his own vessel. While ship-to-ship combat rages among the stars, Zai's lover, Senator Nara Oxham, is caught in a deadly political fencing match with the Emperor himself. The Emperor has a terrible secret, a secret Nara is in danger of finding out, a secret for which he would countenance the killing of worlds.

You're reading The Killing of Worlds (Succession #2) free book online on NovelsToday.com !