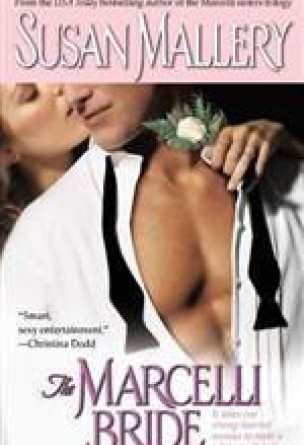 The rebel of the Marcelli family, Joe never joined his sisters Katie, Francesca, and Brenna in running the winery business. Instead, he chose a life of military service. But now that this handsome, headstrong former Navy SEAL has received a new, undercover assignment -- protecting none other than the commander in chief's daughter -- he finds himself stationed back at the California vineyard he defiantly left behind. First-daughter Darcy Jensen has been placed in hiding at the Marcelli Winery after surviving a kidnapping attempt . . . and now it's Joe's job to keep the fearful, fiery beauty out of harm's way. Begrudgingly, Joe heeds his presidential order -- until "babysitting" Darcy proves to be the greatest pleasure he's ever known. How can Joe protect Darcy from danger, when he's falling dangerously in love? And can Darcy trust that Joe's intentions are true -- when no one else's have ever been?

Not Quite Over You

You Say It First

Two of a Kind

Sister of the Bride