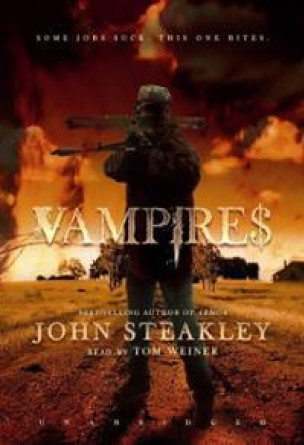 Vampire$ is about a tightly knit group of professional vampire killers. They may say they're in it for the money, but their death-defying bravado and warm male friendships are as intense as those in any soldier-hero epic. The irrepressible, foul-mouthed, hard-drinkin' Jack Crow--decked out in high-tech chain mail and wielding a fearsome crossbow--is the leader of the bunch. He's the sort of man who screams obscenities at the pope, and then weeps in the pontiff's lap over the horrors he's witnessed. Vampire$ is one gaudy, action-packed novel. The men are men, the women are vulnerable, and the vampires are mean, ugly monsters. Unless you don't like that sort of thing, you'll love it. --This text refers to an out of print or unavailable edition of this title.