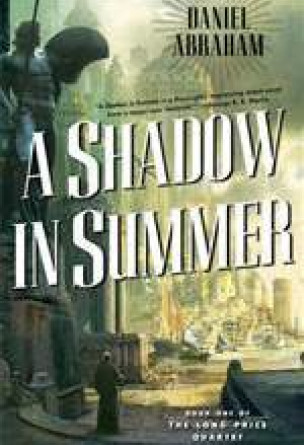 The city-state of Saraykeht dominates the Summer Cities. Its wealth is beyond measure; its port is open to all the merchants of the world, and its ruler, the Khai Saraykeht, commands forces to rival the Gods. Commerce and trade fill the streets with a hundred languages, and the coffers of the wealthy with jewels and gold. Any desire, however exotic or base, can be satisfied in its soft quarter. Blissfully ignorant of the forces that fuel their prosperity, the people live and work secure in the knowledge that their city is a bastion of progress in a harsh world. It would be a tragedy if it fell.

Saraykeht is poised on the knife-edge of disaster.

At the heart of the city's influence are the poet-sorcerer Heshai and the captive spirit, Seedless, whom he controls. For all his power, Heshai is weak, haunted by memories of shame and humiliation. A man faced with constant reminders of his responsibilities and his failures, he is the linchpin and the most vulnerable point in Saraykeht's greatness.

Far to the west, the armies of Galt have conquered many lands. To take Saraykeht, they must first destroy the trade upon which its prosperity is based. Marchat Wilsin, head of Galt's trading house in the city, is planning a terrible crime against Heshai and Seedless. If he succeeds, Saraykeht will fall.

Amat, House Wilsin's business manager, is a woman who rose from the slums to wield the power that Marchat Wilsin would use to destroy her city. Through accidents of fate and circumstance Amat, her apprentice Liat, and two young men from the farthest reaches of their society stand alone against the dangers that threaten the city.

The Dagger And The Coin #1