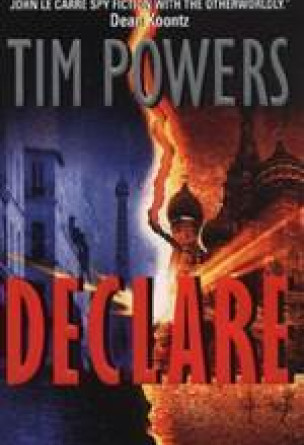 As a young double agent infiltrating the Soviet spy network in Nazi-occupied Paris, Andrew Hale finds himself caught up in a secret, even more ruthless war. Two decades later, in 1963, he will be forced to confront again the nightmare that has haunted his adult life: a lethal unfinished operation code-named Declare. From the corridors of Whitehall to the Arabian desert, from post-war Berlin to the streets of Cold War Moscow, Hale's desperate quest draws him into international politics and gritty espionage tradecraft -- and inexorably drives Hale, the fiery and beautiful Communist agent Elena Teresa Ceniza-Bendiga, and Kim Philby, mysterious traitor to the British cause, to a deadly confrontation on the high glaciers of Mount Ararat, in the very shadow of the fabulous and perilous Ark.

Hide Me Among the Graves

The Drawing of the Dark