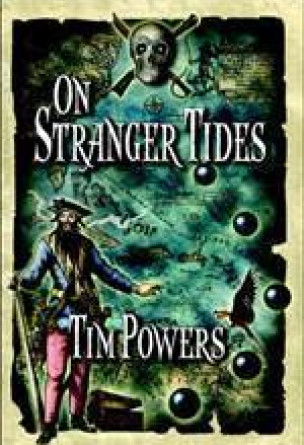 Aboard the Vociferous Carmichael, puppeteer John Chandagnac is sailing toward Jamaica to claim his stolen birthright from an unscrupulous uncle, when the vessel is captured . . . by pirates! Offered a choice by Captain Phil Davies to join their seafaring band or die, Chandagnac assumes the name John Shandy and a new life as a brigand. But more than swashbuckling sea battles and fabulous plunder await the novice buccaneer on the roiling Caribbean waters–for treachery and powerful vodun sorcery are coins of the realm in this dark new world. And for the love of beautiful, magically imperiled Beth Hurwood, Shandy will set sail on even stranger tides, following the savage, ghost-infested pirate king, Blackbeard, and a motley crew of the living and the dead to the cursed nightmare banks of the fabled Fountain of Youth.

You're reading On Stranger Tides free book online on NovelsToday.com !

Hide Me Among the Graves

The Drawing of the Dark