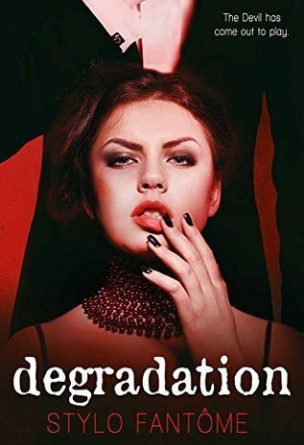 Eighteen year old Tatum O'Shea is a naive, shy, little rich girl. Twenty-three year old Jameson Kane is smart, seductive, and richer. They come together for one night, one explosion, one mistake, and Tate is hurled into space – no family, no money, and no Jameson.

Seven years later, life is going pretty good for Tate, when she runs into Jameson again. This time, she thinks she's ready for him. She doesn't have a naive bone left in her body, and she can't even remember what shy feels like. Jameson has evolved, as well – sharp words, sharper wit, and a tongue that can cut her in half. It all sounds like fun to a woman like Tate, and she is ready to play, determined to prove that she isn't the same girl he conquered once before. A series of games start, each one more devious than the last.

But as the line between games and reality becomes blurry, Tate quickly learns that Jameson has most definitely earned his nickname, “Satan”. Can she beat him at his own game before someone gets hurt? Or will he leave her soulless, making him the winner, once and for all?