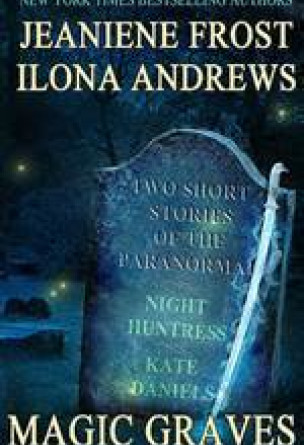 Jeaniene Frost's story, One for the Money, features vampires Cat and Bones trying to protect a spoiled heiress with a price on her head and an undead hitman on her trail. Previously published in Death's Excellent Vacation. Also includes the first three chapters from Jeaniene's story in The Bite Before Christmas anthology, as well as a sneak peek at ONCE BURNED, the first novel in the new Night Prince series.

Ilona Andrews' story, A Questionable Client, is a prequel to her award-winning Kate Daniels series. In a world beset by magic waves, Kate Daniels works as a mercenary. She is tired, hungry, and there is foul-smelling blood on her boots. All she wants to do is to go home, but when Mercenary Guild offers her a job she can't refuse, she finds herself protecting a man against Russian wizards. Previously published in Dark and Stormy Knights. Also includes first two chapters of FATE'S EDGE, book 3 in the Edge series, and first two chapters of Magic Grieves, a Kate Daniels novella.

Of Swine and Roses