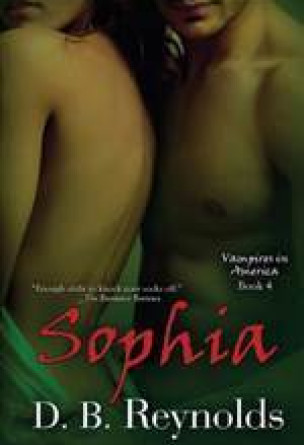 The Pacific Northwest . . . home to lush forests and constant rain, to lumberjacks and computer geeks, especially those of the vampire kind.

Sophia, beautiful and deadly, has spent the last hundred years dancing her way through the balmy nights and hot-blooded men of South America. But when her Sire sends an urgent summons, Sophia rushes home to Vancouver only to find he has disappeared, leaving nothing behind but three dead vampires and a letter with Sophia’s name on it.

Colin Murphy, a former Navy SEAL, came to the Northwest seeking a quiet place to heal the scars earned in more than a decade at war. But when someone starts killing local vampires and torturing their mates, Colin takes on the mantle of a warrior once again as he sets out to find the killers and do whatever it takes to stop them, even if that means hunting with vampires.

Following her Sire’s trail of death to a small town in northern Washington, Sophia unexpectedly discovers the heat of a South American night in Colin’s arms. But all too soon Sophia and Colin find themselves in a race to uncover the killers before the next dead vampire is Sophia herself.