Tome of the Undergates (Aeons' Gate #1) 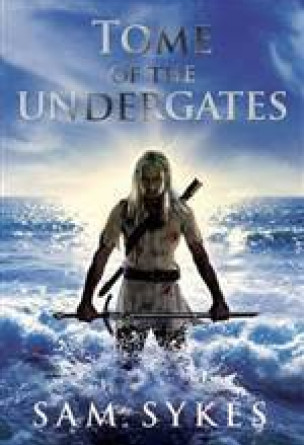 Lenk can barely keep control of his mismatched adventurer band at the best of times (Gariath the dragon man sees humans as little more than prey, Kataria the Shict despises most humans, and the humans in the band are little better). When they're not insulting each other's religions they're arguing about pay and conditions. So when the ship they are travelling on is attacked by pirates things don't go very well.

They go a whole lot worse when an invincible demon joins the fray. The demon steals the Tome of the Undergates - a manuscript that contains all you need to open the undergates. And whichever god you believe in you don't want the undergates open. On the other side are countless more invincible demons, the manifestation of all the evil of the gods, and they want out.

Full of razor-sharp wit, characters who leap off the page (and into trouble) and plunging the reader into a vivid world of adventure this is a fantasy that kicks off a series that could dominate the second decade of the century.

You're reading Tome of the Undergates (Aeons' Gate #1) free book online on NovelsToday.com !