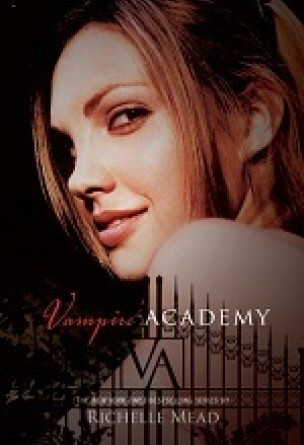 After two years on the run, best friends Rose, half-human/half-vampire, and Lissa, a mortal vampire princess, are caught and returned to St. Vladimir's Academy. Up until then, Rose had kept Lissa safe from her enemies; school, however, brings both girls additional challenges and responsibilities. How they handle peer pressure, nasty gossip, new relationships, and anonymous threats may mean life or death. Likable narrator Rose hides doubts about her friend behind a tough exterior; orphan Lissa, while coping with difficult emotional issues such as depression and survivor's guilt, uses her emerging gifts for good. Mead's absorbing, debut YA novel, the first in a new series, blends intricately detailed fantasy with a contemporary setting, teen-relevant issues, and a diverse, if sometimes sterotyped, cast of supporting characters. Occasional steamy sex and a scattering of vulgar language demand mature readers, but teens able to handle the edgy elements will speed through this vamp story and anticipate the next installment.

Gameboard of the Gods