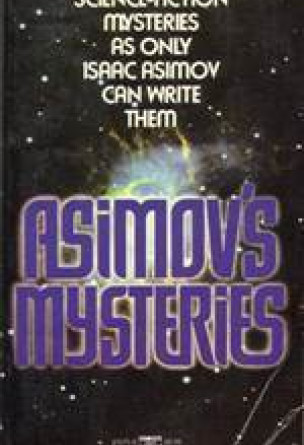 Asimov's Mysteries, published in 1968, is a collection of 14 short stories by Isaac Asimov, all of them science fiction mysteries. The stories were all originally published in magazines between 1954 and 1967. Four stories in the collection feature the character of Wendell Urth, who is a leading extra-terrologist. Urth is eccentric in that he has a phobia of all mechanical forms of transport. Physically Urth resembles Norbert Wiener. He appears in the stories when he is consulted by an agent of the Terrestrial Bureau of Investigation, H. Seton Davenport, in cases which have him baffled - a parallel with the way in which Inspector Lestrade consults Sherlock Holmes. In a fifth story in the collection, The Dust of Death, Asimov shows Davenport a generosity that Conan Doyle never extended to Lestrade in demonstrating the former's ability to solve a case for himself without outside assistance.