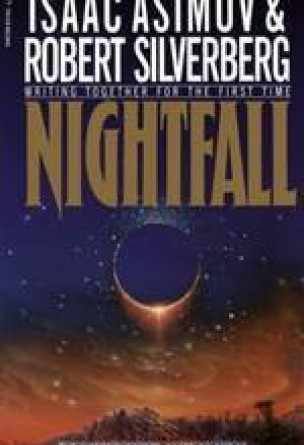 Imagine living on a planet with six suns that never experiences Darkness. Imagine never having seen the Stars. Then, one by one your suns start to set, gradually leading you into Darkness for the first time ever. Image the terror of such a Nightfall.

Scientists on the planet Kalgash discover that an eclipse - an event that occurs only every 2049 years - is imminent, and that a society unfamiliar with Darkness will be plunged into madness and chaos. They realize that their civilization will end, for the people of Kalgash have a proven fear of Darkness, but they are unable to predict the insanity and destruction that will accompany the awesome splendor of Nightfall.

Based on the classic short story by Asimov, "Nightfall" is unabridged Bookcassette Audio at its best - a spellbinding tale of an alien civilization not unlike our own.