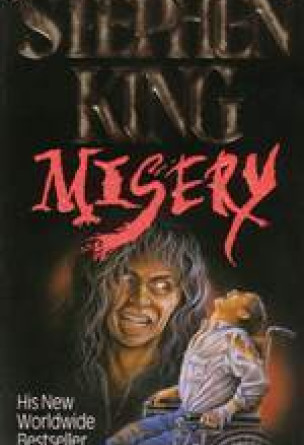 Paul Sheldon, a writer of historical romances, is in a car accident; rescued by nurse Annie Wilkes, he slowly realizes that salvation can be worse than death. Sheldon has killed off Misery Chastain, the popular protagonist of his Misery series and Annie, who has a murderous past, wants her back.
Written by Stephen King; Dramatised by Dirk Maggs. First broadcast on the BBC World Service, September 2004.

What you are about to hear is an adaptation of the stage play, which premiered in London's West End. It stars 2 of Britain's finest actors: Miriam Margoyles, perhaps best-known as the dog Fly in the film "Babe" and the nurse in "Romeo and Juliette" and Nicholas Farrell, whose films include "Chariots of Fire" and "Pearl Harbor".