The Magicians of Night (Sun-Cross #2) 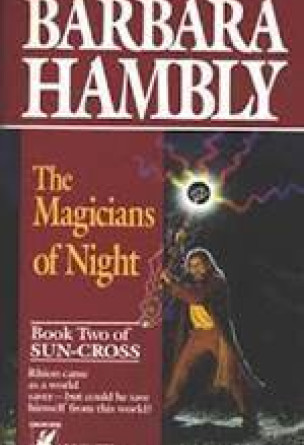 The two wizards, Jaldis and Rhion, had dared the dread Dark Well to answer the desperate call of a world without magic. Jaldis had not survived the dreadful Void. Now Rhion was alone in a world he could not imagine -- the world of Germany in 1940.

The four would-be wizards of the Occult Bureau welcomed him to their home in Schloss Torweg. They wanted his help desperately. But they would not heed his advice against the calling up of dark magic. They needed magic to overcome the enemies they claimed were trying to conquer their fatherland. To that high mission, nothing could be neglected, however dark and ugly.

They lied to him, claiming the Dark Well had been destroyed, removing his only hope of returning to Tally and his two sons. And soon he realized he was no more than a useful prisoner.

But he knew the Dark Well still existed. And somehow, despite whatever they did to him, he must find a way back across the Void!

You're reading The Magicians of Night (Sun-Cross #2) free book online on NovelsToday.com !