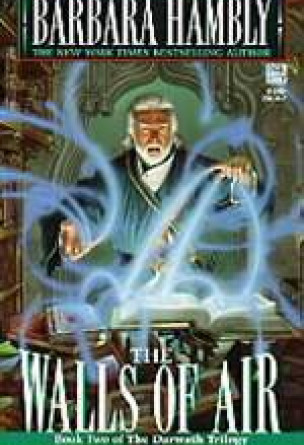 Three thousand years before, the monstrous Dark had sprung from loathsome underground lairs to destroy most of humanity. Now they were again ravening and ruining in their blood-hunger. Only a few thousand people had managed to find refuge in the ancient fortress Keep of Renweth.
There, even the magic of the wizard Ingold Inglorion could offer them little hope against the Dark.
To defeat the savage horror, they must gain help from the Hidden City of Quo, to which all other wizards had been summoned. But Ingold could not pierce the walls of illusion that separated Quo from the world.
With his student, Rudy Solis, the old wizard set out to cross two thousand miles of dangerous desert to the City of Wizards.
What he might find there he could not know -- and dared not guess!

You're reading The Walls of Air (Darwath #2) free book online on NovelsToday.com !