Traveling with the Dead (James Asher #2) 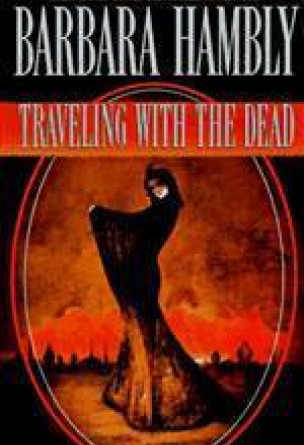 Down through the deathless centuries, the vampires had drunk human blood for sustenance and for sport. They preyed where they willed, for no mortal humans could resist their unclean powers. But now came the ultimate perversion, the unthinkable: someone was conscripting the vampires into the secret services of a foreign power.

No government agency or bureaucrat could control the Undead. The idea was absurd, as Dr. James Asher knew all too well.

Years in His Majesty's service had taught Asher the finer points of espionage. And he knew the secrets of the vampires--a familiarity hard-won in unwilling service to Don Simon Ysidro, oldest and most subtle of the hunters of the London night. What Asher didn't know was why one of England's established vampires would risk everything to travel across the European continent at the behest of a ruthless spymaster.

But he could see the terrifying potential of such an unholy alliance...

You're reading Traveling with the Dead (James Asher #2) free book online on NovelsToday.com !