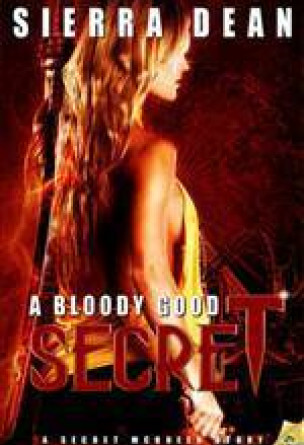 After cheating death twice in one night, confessing her true nature to her werewolf soul mates and being asked to kill one of her closest friends, Secret took a much-needed vacation. By running away.

Now she’s back in town—dragged kicking and screaming—determined to clear Holden Chancery’s name. Right after she finds out what he’s accused of. It shouldn’t be hard—Holden has a habit of using their new and scintillating psychic bond to break into her thoughts and dreams at some very, shall we say, awkward moments.

Just a few things stand in her way: a secretive Tribunal leader, a group of would-be vampire slayers and two werewolf boyfriends who refuse to let her operate in her customary lone-wolf style. Even less amusing are the terrifying creatures that someone is using in an attempt to gain control of the council. Even for this out-of-the-ordinary bounty hunter, it’s a challenge with potentially deadly teeth.

Warning: Contains an ever-plucky heroine with no shortage of weapons, super-hot mind games, an ever-complicated love triangle and one hell of a creepy amusement park.