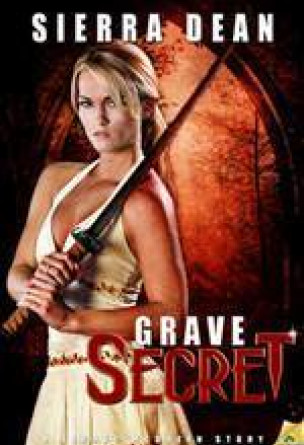 Sometimes a secret goes to the grave. Sometimes Secret puts you there.

It’s been a hell of a year for Secret McQueen, and the last thing in the world she wants is to get caught up in werewolf drama. But when her former fiancé Lucas Rain shows up asking for her help, she knows there’s no easy way out.

After making it known she wants nothing to do with him, Secret agrees to help find Lucas’s wayward sister Kellen. After all, how much trouble could one socialite get into in the city that never sleeps?

Unless that socialite has been spirited away by fairies.

Trying to track down a missing girl in an alternate reality is just the start of Secret’s problems, though. Someone appears to be killing teenagers, and the MO looks eerily similar to something for which the half-fairy oracle, Calliope, might be responsible. Throw in a rogue wolf pack claiming allegiance to Secret’s mother, Mercy, and she’ll have miles to go before she rests.

Warning: This book contains a promise fulfilled, sex that’s out of this world, and more heartache than one hybrid assassin can handle.