Until Fountain Bridge (On Dublin Street #1.5) 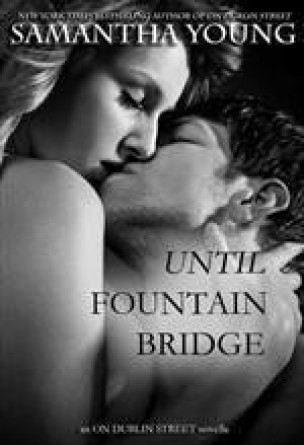 Until Fountain Bridge (On Dublin Street #1.5)

Ellie Carmichael had a crush on Adam Sutherland, her brother, Braden’s, best friend, for years, and although Adam treated her with proprietary concern he made it clear he thought of her only as a little sister.

Over the years, as Ellie’s crush develops into love, her romantic idealism makes it difficult for her to move on. To make matters worse, as she’s gotten older, Adam’s attitude has changed toward her. His affection for her is now joined by attraction, but his loyalty to Braden, and his fear of losing the only family he has, stops him from claiming Ellie the way she wishes he would.

But one night his attraction is put to the test, and as much as Adam would like things to remain the same everything changes between them in a simple brush of the lips.


Soon lust, love, jealousy and heartbreak combine to force change upon their relationship… and Adam discovers the hard way that life is too damn short to spend it on regret.

You're reading Until Fountain Bridge (On Dublin Street #1.5) free book online on NovelsToday.com !